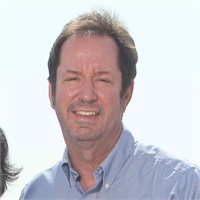 Since 2002, Thom Taylor has been managing investments for individuals, non-profits, and small to mid-sized corporations. Prior to establishing Del Rey Capital, he was a Vice President at Morgan Stanley. Thom started his finance career at Credit Suisse First Boston after receiving his MBA from the University of Southern California. Thom has built a substantial business through customizing portfolios at the individual, family, and group level.

Taylor received his BA at UC Berkeley, then attended the American Film Institute, where he began writing for trade publications, such as Variety, Movieline, and Millimeter. Drawing on his early background in film journalism, Taylor and his wife Melinda co-wrote the book Digital Cinema as a follow-up to Taylor’s first book, The Big Deal, which was an analysis of the booming 1990s spec screenplay market. In optimizing this array of skills and credentials, he finds tremendous satisfaction in developing life-planning strategies on behalf of his clients, while creating wealth plans that are customized to his clients’ personal goals.